The players can access the Guild Battle pushing the button in the daily event window.

Participation requirements: At 20:00 every day, members of top 8 guilds in the guild leader board of this server will automatically get qualified to participate, the system will send to all the players an email to notify them about this activity;

From 20:39 to 21:00 the players with qualifications will be able to enter the game scene, the fights are one against one, and during the fight the players will accumulate points that would allow them to advance. 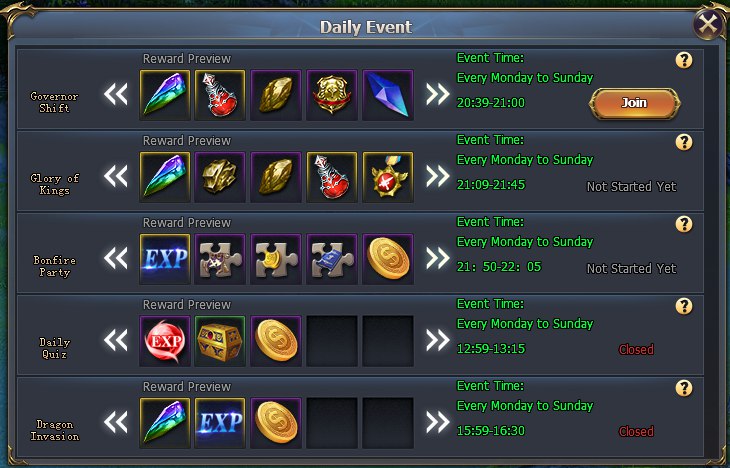 Game info: After the guild battle starts, on the day of server opening or merging, the rank 1 guild will be the Defender, the guilds with 2 to 8 rank will be Attackers; When the event is about to end, if the attackers haven’t yet destroyed the statues in the inner and out city, then the defenders have won, thus the attackers lose.

From the second day on, the defenders who have successfully protected the city the previous time will still defend, while the guilds of this server with a rank between 1 and 8 will be the attackers. 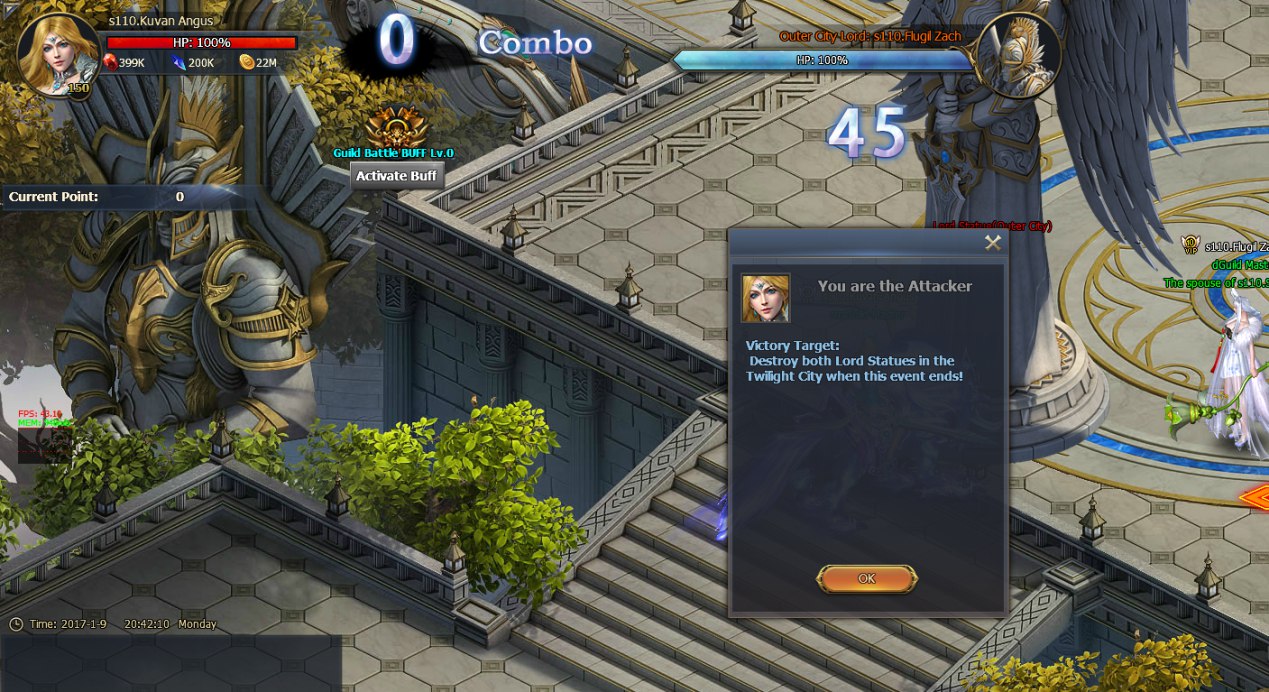 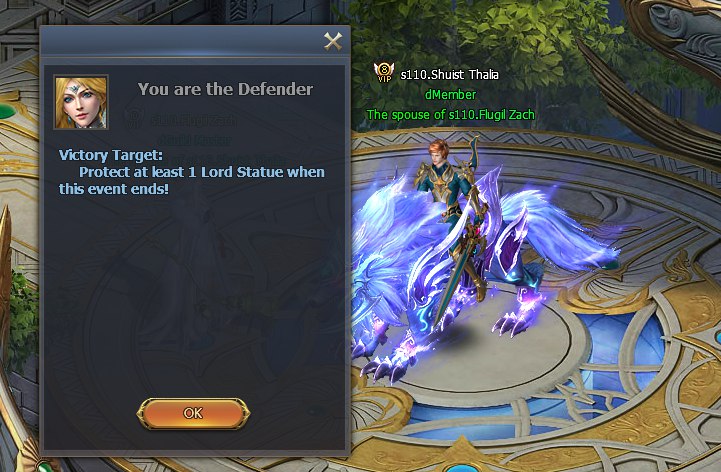 When defenders and attackers enter the scene, they can get a BUFF bonus during this fight event, if the defenders defend the city for 2 or more days the attackers will receive Siege Buff.

Outside and inside the city there are some statues, the defenders have to protect them, the players can click on the statues and decide if to ATK or Defend. 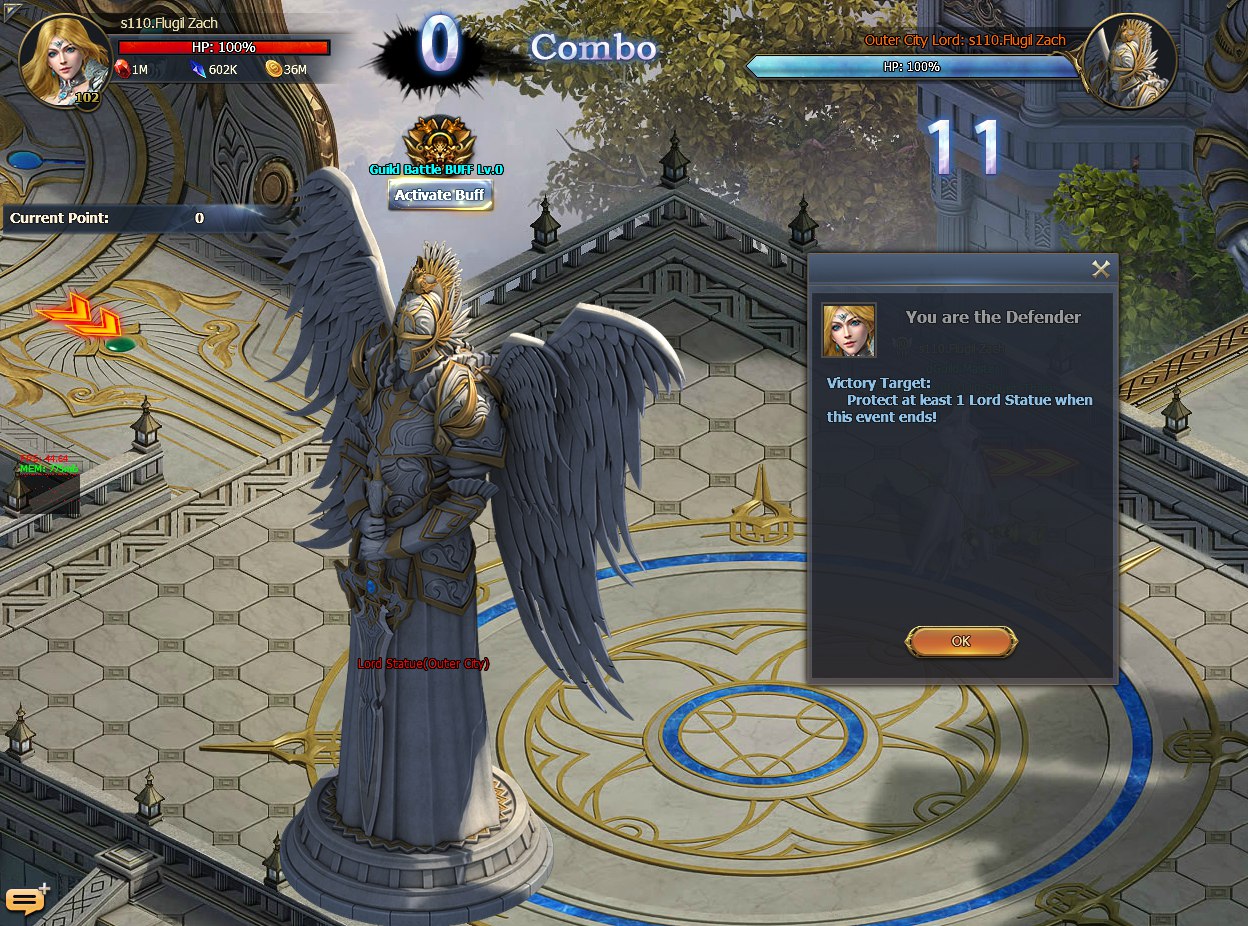 A player can click on a statue outside or inside the city, if he clicks on one outside the city, it will be shown in the interface; if there is another player defending the statue their information will be displayed and the player can click on the “battle” button to challenge the defender. If there is no one guarding the statue a half bust of the statue itself will be shown, and the player can attack just by clicking on it. When the statue HP is 0 there will be an outside breakdown, and all the participants have to come back to the inner city; a 60 sec countdown will start and at the end of it a battle revival will take place and will last until there is a breakdown also in the inner city. 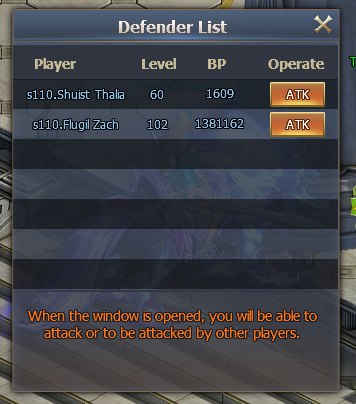 If also the inner city breaks down, then the defenders have lost. Then not only they have to leave but also they won’t be able to enter the activity scene again. If after the siege of the town there is still time left, you can challenge the Holy City defender God to get points. Among the guilds who won, the players with the higher score will become city ambassadors, and among those the one with the highest ranking will get the title of city owner.

In the game there is an automatic battle, the players can choose to skip it. After the battle the players will save the HP;

The players who win the battle, according to their guild point will get a guild reward, every guild who participated is entitled to receive a reward, at least the participation guild reward.

According to the attackers or defenders ranking, the first 5 in the defender or attacker ranking list will get a reward, this reward will be received in the Guild battle page.

The winning Guild will receive the title of Twilight law enforcer, the Lord will receive the Twilight Lord title; All the other guild participants will get the BUFF bonus, experience boost and golden coins for % of BUFF, experience boost % of the BUFF. ATK and DEF who are in the first 5 positions of the ranking list, can get a BUFF reward, and boost their energy of %. 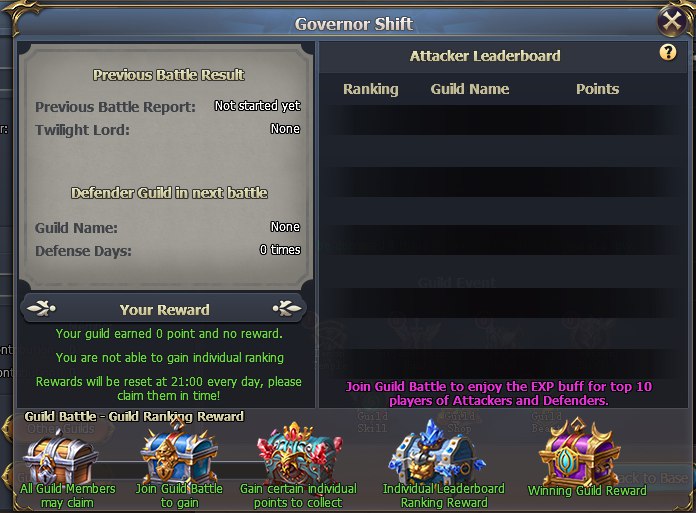