For each of the 20 Lvs there is one stage, the player rank will open the correspondent stage; A Higher status gives you access to more stage battles, the higher the stage, the richer the reward; Kill Reward as kill Monster Reward and boss Reward; Rating Reward after Clearing the dungeon, different ratings correspond to different rewards; 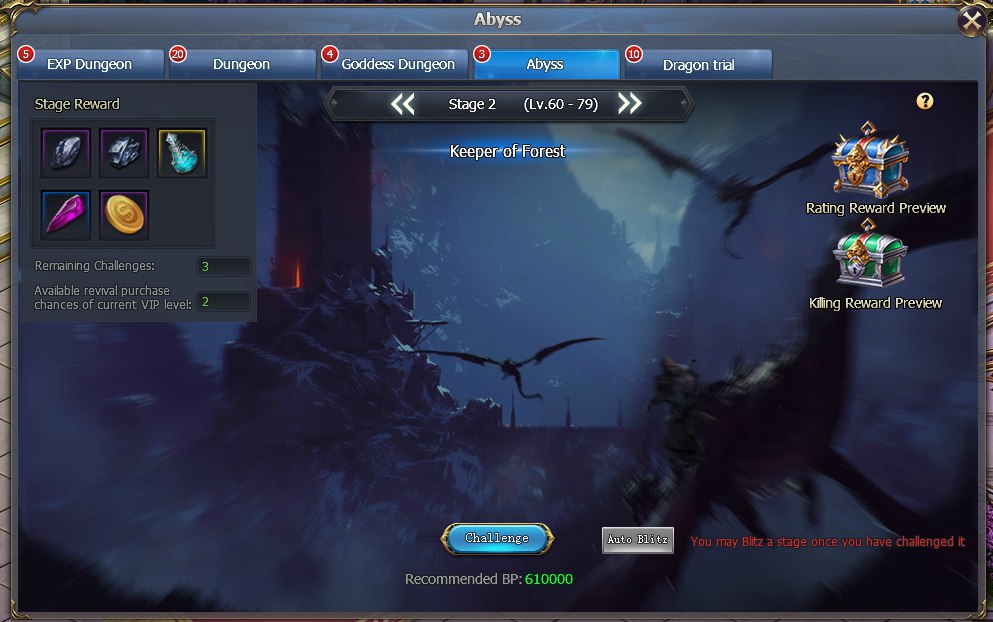 For every stage there are 15 monster rounds, divided in common monster and Boss, for Boss stage you must set up the required skills. The Characters and Heroes saved HP can be used during the battle to resurrect, once and for free, Higher grade VIP instead can purchase a larger number of resurrection attempts. Once you have reached the required VIP level, you can use the rubies/golden ticket to resurrect, after resurrection the technical skills need to be re-installed from CD.

Every fight round has a different value, after the fight the battle’s rating will be decided. 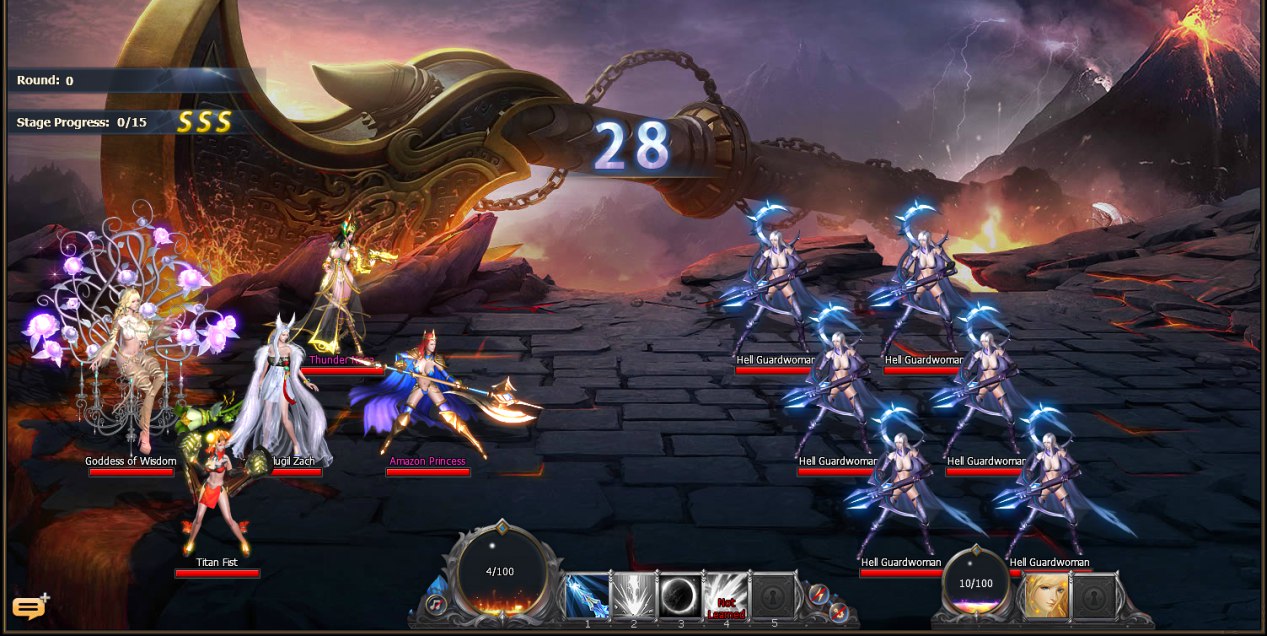 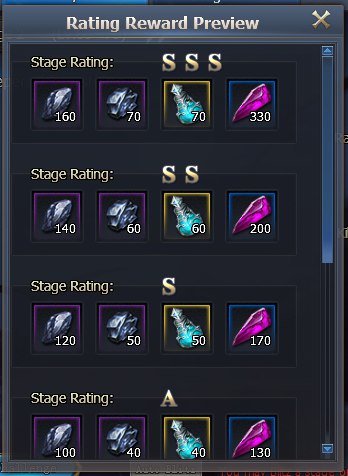 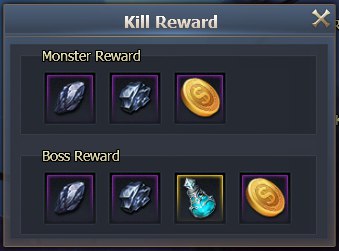